The word “sequester” means to isolate and seclude for security and protection during an important moment.  Plastic Sequestration means just this: to put plastic on a safe thousand-year road– while accelerating our plastic transition.

The science is clear.  Plastic loose in the biosphere harms ecologies, humans and animals.  It has never been more important to reduce the production, consumption and processing of plastic to prevent plastic pollution.

The research is also clear:  For the last fifty years, industrial methods of plastic processing have accelerated plastic consumption, production and pollution.  Meanwhile, plastic processing, recycling and incineration of plastic have become major sources of CO2 emissions.  By following the Earth’s ancient example we can put compacted plastic on a journey through the next millennium in which it doesn’t contaminate the biosphere.

Learning from the EEarth’s ancient example, the wisdom of indigenous people, and the lessons of carbon sequestrati we can put compacted plastic on a journey through the next millennium in which it doesn’t contaminate the biosphere.  Plastic sequestration is just this– an ecological service that secures plastic and accelerates plastic transition by reducing plastic consumption and alleviating CO2 emissions and sequetering carbon.  The Global Ecobrick Alliance, as a not-for profit Earth Enterprise, has established criteria for plastic sequestration is indeed to the enrichment of the Earth’s biosphere and humankind.

Keep reading to learn more about the exciting potential, theory and science behind plastic sequestration or download our white paper for full academic references.

For the the last few billion years, the earth has been working slow and steady to remove carbon from the atmosphere, compact and store it.  Its an example that we can follow today in our small way.

Plastic is the culmination of the long story of the earth’s sequestration of carbon under the ground.  Over hundred million years, the slow and steady accumulation of silt and sediment buried ancient forests and seaweed– storing their carbon for eons under the earth.  In so doing, the climate stabilized and life flourished.  Humans  emerged and figured out how to unsearth and burn this carbon for energy.  They called these carbon storage deposits “fossil fuels” and ever since have been refining them into fuels and plastic– both of which make the global petro-captial economy spin.

Plastic however, is unique! Iit is the one petro-capital product that is not immediately burned and loosened into the biosphere by the petro-capital economy.

Keeping plastic as plastic is an effective way to keep its carbon from reaching the atmosphere!

However, plastic degrades quickly when it is exposed to sun, fire, oxygen and/or friction.  Its degradation is in proportion to the amount of surface that is exposed.  As the vast majority of modern plastic has been extruded into thin films, this means that degrades very easily.  Photodegradation fragments plastic debris into smaller and smaller particles, know as microplastics and releases green house gases.  Meanwhile, the processing of plastic for recycling, incineration or dumping burns lots of fuel, releasing large volumes of CO2.

By compressing thin, high-surface area plastic to a set density, the net exposed area is reduced a thousand-fold.  We call this the ‘This terminal minimization of net surface area‘.  Compacted and contained plastic has no way to degrade and will remain intact indefinitely.  Studies have shown that even plastic designed to degrade quickly will endure with minimal degradation underground.

The Earth’s ancient processes kept billions of tons of hydrocarbons out of the atmosphere, stabilizing climate and gifting future eras. Following this simple example, compacting plastic enables us to indefinitely secure plastic and its hydrocarbons from becoming toxins, micro-plastics or from reaching the atmosphere as C02.

Learn more about the ancient story of plastic:
Plastic: The Long Story

Read more about the longevity of plastic under the earth

Keeping Plastic out of Industry

The results over the last five decades are clear.  Industrial waste management inevitably disperses plastic loose into the biosphere while increasing plastic consumption, production and CO2 emissions.  Keeping plastic out of industry is key to reducing CO2 emissions, plastic pollution and petro-capital activity.

Fundamental to the ecological service of plastic sequestration is ensuring that plastic does not end up in industrially recycling, incineration or dumpling.  Industrial methods, are foremost driven by profit motive to recover the recover the capital-value of plastic.  Industrial methods are also systemically design to provide the illusion of a solution and to encourage further consumption and production of plastic.  Ecological service, while an intention of industrial methods, is of lower priority.  It has been shown that all the plastic that enters industrial waste management systems, eventually seeps out; loose into the environment once its material value is exhausted.

Research shows that recycling is systematically designed to encourage the perception of a solution, and thereby enable the ongoing production and consumption of virgin plastic. Over the last 50 years, motivated by the pursuit of profit, industrial incineration, land-filling and recycling have led to the release of 91% of all plastic ever created into the environment.    That means only 9% of plastic has been recycled.

Fundatmental to the ecological service of plastic sequestration is keeping plastic out of industrial systems.   It also means raising awareness about the long story of plastic and transitioning from petrol-capital participation.

Learn more about the Story of Plastic

The results of industrial pathways for managing plastic have resulted not in the concentration of plastic, but of its despersal.  Plastic Sequestration is about finding a safe and secure path for plastic that keeps it compacted through the coming centuries and prevent degradation, incineration and gasification.

The most important part of this journey, is avoiding capital-driven and industrial processes.  Industrial methods, such as recycling, incineration and landfilling promote the global distribution and disbursement of plastic.  Moving from its original source of concentrated earth sequestered carbon, to petroleum or natural gas, to a plastic pellet that is distributed to factories around the world, industrial system are constantly expansive.  The resulting plastic products are used, reused-several-times, then inevitably set loose into the environment through incineration, landfilling, dumping and degradation.

In contrast, human communities have built structures and intentions that have last well over a thousand years.  By keeping our plastic local we have far more control and confidence over its destiny.  By making collective decisions as communities to safeguard plastic through sequestration, we can pass on the responsibility through the generations.  By putting sequestered plastic to use in known, safe, stable locations, we can also be confident about its journey through time.

Esential to plastic sequestration is that the process of doing so, must not lead to further plastic production, or plastic generation.

Research shows that the initial design and orchestration of the recycling industry was done first and foremost to ensure the continuation of plastic consumption— not to cycle or solve plastic waste.  Current industrial methods have a clear psychological goal of disinformation– of creating the illusion of a solution, in order to make consumers confortable with continuing to buy and use plastic.

In contrast, plastic sequestration must operate with a goal beyond the generation of profit, and instead with a goal of ecological service.  In this way the process must be non-industrial and accessible to individuals and communities who can participate for the ultity and ecological value of compacted plastic.

In this way, plastic sequestration can play its role in plastic transition and the establishment economy based on ecological values and assist in the acceleration of petro-captial transition.

An essential criteria of plastic sequestration is that claims can be authenticated.  In order to ensure accuracy and to ensure that authentication does not become an end in itself, the process must be independent and not-for-profit.  The core motivation for the work of authenticating claims of sequestered plastic must not be monetary, but instead of community and ecological service.

Learning from the Carbon Credit System

The 2019 report, Plastic & Climate: The Hidden Costs of a Plastic Planet concluded that “the plastic pollution crisis that overwhelms our oceans is also a significant and growing threat to the Earth’s climate.” 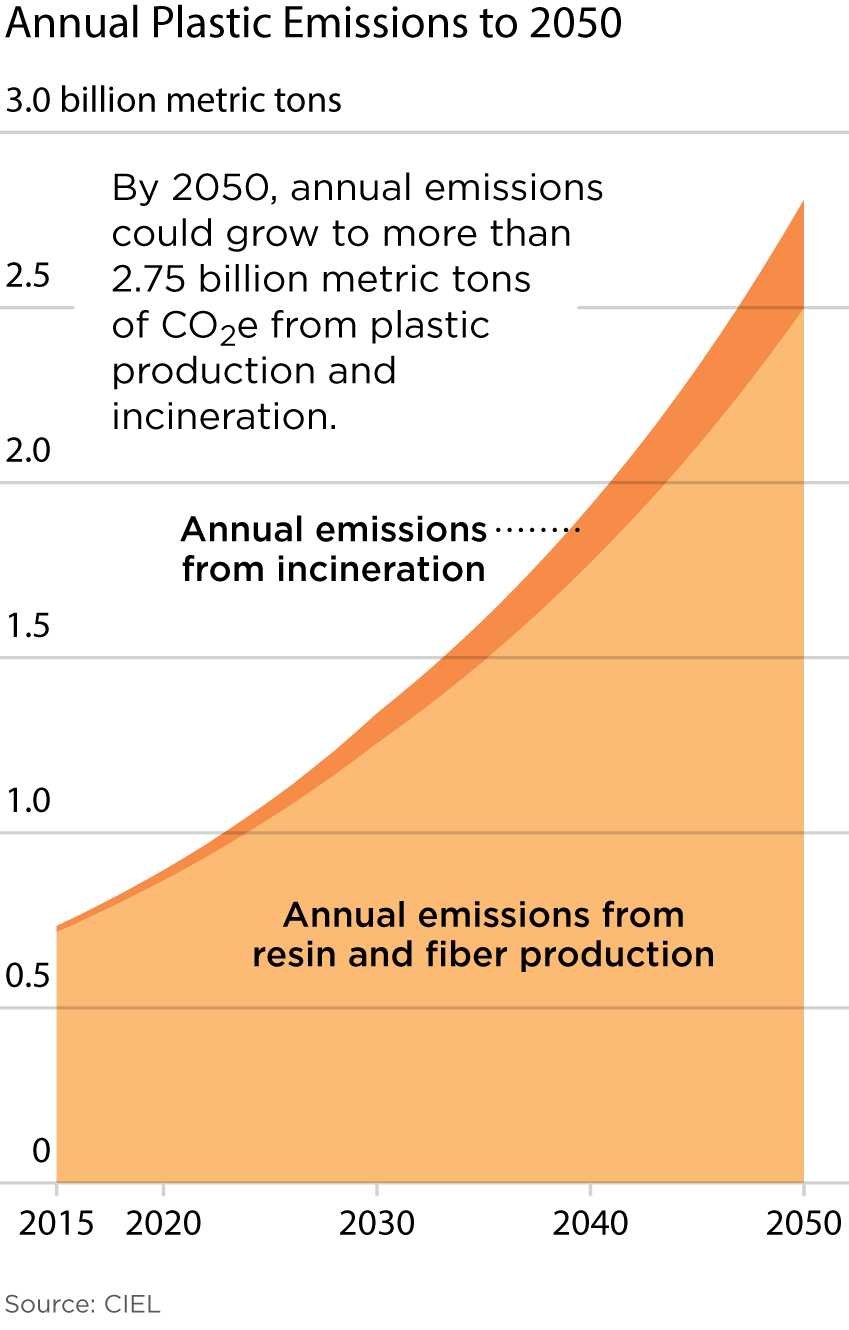 The report examined the CO2 produced at various points in the life-cycle of plastic.  It examined the impact of extraction and transport, refining and manufacture, waste management and plastic in the environment.  It observed that the production and incineration of plastic will add more than 850 million metric tons of greenhouse gases to the atmosphere—equal to the emissions from 189 five- hundred-megawatt coal power plants. At present rates, these greenhouse gas emissions from the plastic lifecycle threaten the ability of the global community to meet carbon emissions targets.

Proper and authenticated ecobricking ensures that plastic won’t get loose into the environment.  It also ensure that plastic won’t get into industry.  By keeping plastic local we prevent it from being shipped around the world to be recycled, dumped and incinerated– all process native to the petro-captial economy that have a significant generative CO2 impact.

In particular ecobricking has the following subtractive CO2 impacts

In 2018, the GEA estimated that for every 1kg of plastic that is burned, 3.1kg of C02 is released based on the average carbon content of average single use plastic.  As of August 2020, the GEA is currently preparing a white paper report re-xamining our estimated CO2 impact of authenticated ecobrick sequestered plastic based on the points above.

On the GoBrik app, successfully authenticated ecobricks also are currently credited with a CO2 sequestration credit of 3.1kg CO2 per 1Kg AES plastic..

Is Plastic Sequestration a Final Solution for Plastic?

In the circular systems of the biosphere and its ecologies, there’s never such thing as ‘final’.  The carbon that we’re extracting after hundreds of millions of years of storage, is a gift of ancient sunglight empowering homo sapiens to reach incredible new heights.  Likewise, by sequestering our plastic into long-term storage we’re gifting it to future generations.  Just as the dinausaurs had no idea how their forests and oceans would be used by us far in the future, we have no idea how our re-stored carbon can be used in the future.

We do have a good idea though, that its alot better gift sequestered and stored safely than scattered loose and degrading in the biosphere.

The GEA advocates properly made and authenticated ecobricks as form of plastic sequestration as it not only puts plastic on a safe 1000 year path, but it also accelerates plastic transition.  Learn more about the standards of authenticated ecobrik sequestered plastic (AES Plastic)…

The GEA advocates ecobricking as a means to sequester plastic.  Only ecobricks that have been authenticated as having met sequestration criteria are considered sequestered.

Plastic sequestration operates within the Ayyew paradigm.  This means we don’t see plastic as ‘waste’ but rather as a opportunity to move towards greater ecological harmony.

Plastic Sequestration follows the Earth’s example.  Learn about the ancient and modern history of plastic. Plastic is By-Product of Petro-Capital Economy

As petroleum has been refined into the fuels that power our economies, the leftovers chemicals are ideal for producing plastics, resulting in an abundance of cheap plastic being produced.

“When you sit in council for the welfare of the people, you must not think of yourself or of your family, not even of your generation. Make your decisions on behalf of the seven generations coming, so that they may enjoy what you have today.”